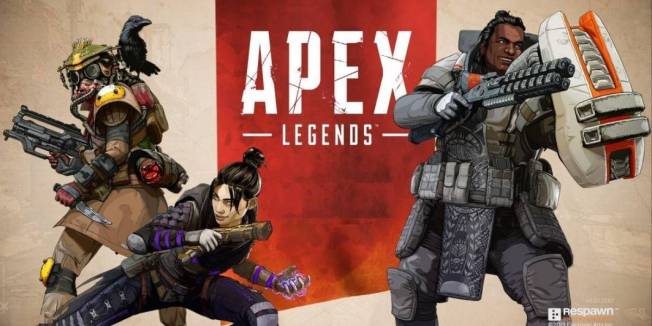 Apex Legends is a free-to-play battle royale video game by Respawn Entertainment. The game takes place 30 years after the events of Titanfall 2. This battle royal game is different from current BR games such as PlayerUnknown’s Battlegrounds (PUBG) and Fortnite. Apex uses heroes called Legends that come with unique abilities into the following roles: Offense, Defense, Support and Recon.

You must play the Apex Training Tutorial before you can play the game and it’s mandatory to play it as all other modes are locked. It will go over the basics, and even though it doesn’t tell you everything, you’ll learn as you play. Additionally, it is recommended that you change your game settings for a much better experience and a better chance at winning more games. Recommended settings can also be found in the Recommended Game Settings section of the Roadmap.

This step is simple as your main focus is to win a game with each unique Legends role. This might take you a bit of time since you and your squad need to be the Champion which is #1/20 Squads Placed.

While you’re doing this, you should get some miscellaneous trophies naturally for the following tasks:

Refer to the Trophy Guide Section for more information on the miscellaneous trophies.

At the end of the step, you’ll have the following trophies:

This is the most time-consuming step you’ll be doing. As you’re playing the game, do your best to deal 5,000 damage with 8 different Legend heroes. You can track your total damage by checking the TRACKER stats in that Legend’s Banners information page.

Furthermore (Assuming you’re only playing for free without spending money), when you get to levels 23 and 43, you’ll be able to purchase any of the Locked Legends currently available. All Locked Legends need 12,000 Legend Tokens to unlock. Use them and be sure that you get a game win with them while working on their 5,000+ damage too. Afterwards, keep playing games until you’ve reached player level 50.

At the end of the step, you’ll have the following trophies:

This step may or may not be needed. If you’re not player level 50 or still missing other trophies such as doing 5,000+ damage with eight different Legends or equipping a legendary Helmet and Body Shield at the same time. Refer to the Trophy Guide section for more information and clean them up.

Important: This trophy can potentially glitch and not unlock despite being or over Player Level 50+.

I haven’t found an official response yet to the issue, but if you have this glitch happen to you, you’re just screwed until a patch resolves it. It does seem to happen to people who disconnect from the game when they’re Level 49 and about to hit Level 50. Since they missed seeing or hitting the level 50, they’ve missed the chance of unlocking the trophy and therefore get glitched and there’s nothing you can do to fix it. Also, I don’t recommend accepting any invites from friends or squad members if you’re about to hit Level 50. You might miss the widow of viewing the results screen where your trophy would have unlocked.

If you leave the game and your squad are still alive while you’re dead permanently, you won’t get any XP from that match. If you stayed until they all died or win the game, you will get the XP.

For this trophy, you’ll need to reach player level 50. Leveling up in Apex Legends allows you to earn Apex Packs for cosmetic items and Legend Tokens. At Level 25+, each level requirement becomes a flat 18,000 XP needed to reach the next level and will remain the same as you continue playing the game. The level cap in Apex Legends is player level 100. After 100, you will always get Legend Tokens as rewards which can be used to purchase other Legend heroes that get released without spending real money.

Other than that, the best way to earn Experience Points (XP) opposed from getting eliminations, surviving a very long time or winning the game are the following categories:

Teamwork and Survival: The game is meant to be played with friends and not randoms. You will get more XP per game by playing with friends and cooperating with each other or assembling your squad. Not only that, but if you do manage to survive a very long time or win the game. The XP amount will always be the highest amount due to the XP bonuses you receive.

The bonuses are the following things:

Victory, Performance and Placements: Winning the game will net you the most XP possible in addition if you were with friends or squad up. Winning games in the top #1-3/20 Squad Placements will be about +300/+500/+900 XP. The +900 coming from the Won Match Bonus XP while +500 is 2nd place and +300 is third place. Anyone at #4-20/20 Squad Placements don’t receive the Top 3 Finishes XP. That is why victory and performance is key to getting the highest XP per a match. On average, if you’re with friends or a squad and you Top 3 Finish, you will get about 4500 to 7500 depending on how well you’ve performed.

Kills and Eliminations: Battle Royale is all about killing and of course you can gain even more XP from getting those secured eliminations.

Below is a listing of things that can help you get more XP from kills:

Equip a legendary Helmet and Body Armor at the same time

For this trophy, you’ll need to equipped both a Legendary Helmet and Body Armor at the same time during a match. Legendary gear in this game are all special level 4 gear pieces, weapons, attachments. This trophy is a little luck based since you’re required to have two of the best armor gear in the game.

However, there are some things you can do that can make this trophy much easier to obtain. First of all, you’ll need these two items:

The best ways you find a Legendary Helmet and Body Shield are the following:

When you die in this game, you drop your Banner Card. A Banner Card can be grabbed by your teammates and used to bring you back to life from a Respawn Beacon.

In order to get the trophy, at least one or both of your teammates need to be eliminated. Grab their Banner Card within the 90 second time limit after they’re killed. Look for a marked green heart icon on your screen or map and head towards that Respawn Beacon location. Run up to the beacon and hold

to Respawn Team Members. The trophy will unlock once the 7.0 second timer reaches 0.0 seconds.

Things to keep in mind are the following:

Note: Legendary weapons from Care Packages such as the Kraber and Mastiff don’t count towards this trophy’s unlocking.

For this trophy to unlock, you’ll need to find and equip a weapon that has all gold Legendary attachments. Chances are you’ll unlock this trophy naturally just by playing the game. All Legendary weapons are considered special level 4 weapons.

The best ways you find a Legendary Weapon are the following:

Be the Jumpmaster 5 times

For this trophy, you’ll need to be the Jumpmaster 5 times. This should unlock naturally just by playing the game. A Jumpmaster is always the 3rd squad member when you’re selecting your Legends. When the match begins, the 3rd squad member in each team of three will have the power to choose where your entire team decides to jump out of the plane and onto the map below.

While you’re the Jumpmaster, you can ping where you suggest the team goes or you can listen to your squad’s suggestion and follow their Pings. When you decide, press

to launch from the plane. Do this 5 more times and the trophy will unlock.

Unfortunately, there’s currently no way of becoming the 3rd squad member to select a Legend. This means that the order in which a team chooses their Legends will always be random, making the Jumpmaster random. However, relinquishing Jumpmaster by holding

to launch from the plane. This will also count towards being the Jumpmaster 5 times.

For this trophy, simply deal over 5,000+ damage with 8 different Legends and the trophy will unlock. You can check how much damage you’ve done with a Legend by viewing their TRACKER information found in the Banners section of that Legend

Below is a complete listing of all current Legends in the game:

This trophy isn’t as hard as it sounds and should unlock naturally just by playing the game. To become the Kill Leader, you’ll need to be the current player with the most kills in the match at any current time. It usually takes about 3-6+ kills to become the new Kill Leader. You should get it without thinking about it.

Killing the final remaining #2-4/20 Squads can also result in you becoming the new Kill Leader near the end of the match. You’ll know you’re the current Kill Leader when the words YOU ARE THE NEW KILL LEADER appear in the center of your screen along with your current kill number. The trophy will unlock as soon as those words appear.

Win a game as an offensive character

For this trophy, simply win a game as an offensive character:

The following are offensive characters:

Win a game as a defensive character

For this trophy, simply win a game as a defensive character:

The following are defensive characters:

Win a game as a support character

For this trophy, simply win a game as a support character:

The following characters are support:

Win a game as a recon character

For this trophy, simply win a game as a recon character:

Currently, there is only one recon character in the game:

Win a game with 8 different Legends

There are currently 9 different Legends in the game. Six of them are basic Legends while three of them are locked behind digital game currency or microtransactions. Without spending any money, you can get the 12,000 Legends Tokens when you reach Player Levels 23 and 43. It’s highly recommended that you don’t spend your Legend Tokens if you’re only playing Free to Play. Using real money will cost you about $9.99 for a Locked Legends.

It should also be noted that if you’re dead and can no longer be respawned back to life. You must stay in the match spectating your squad and when they get the game win, you’ll receive credit for the win despite being dead. If you were to leave in this situation, you won’t get the win or any of the XP from the match.

Below is a complete listing of all current Legends in the game. Simply get a win with 8 different Legends and the trophy will unlock: